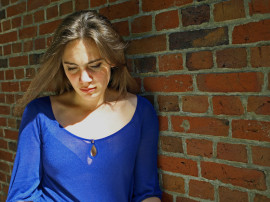 "Lucy Jarnach is a thoroughly gifted, intelligent musician, a true talent at the piano. She has the gift of communicating her musical focus to the audience. Her technical mastery is equally admirable" Sir Alfred Brendel

" I have enjoyed listening to her playing. She has a good basic technique, clearly has a musician's ear, and an unusual sensitivity."

Born in 1987 in Hamburg, Lucy Jarnach received her first musical training from her mother Ulrike Jarnach. In 2003 she entered the piano class of Grigory Gruzman in the Hamburg pre-conservatory department for young talents. She went on to study solo piano with Gerhard Oppitz at Munich Conservatory (Musikhochschule) from 2005 to 2011.

In addition to her academy studies, she received significant counsel and inspiration from Sir Alfred Brendel between 2003 and 2009. Jarnach has also perfected her craft through studies with Leif Ove Andsnes and Jean-Philippe Collard.

Lucy Jarnach made her public debut in Hamburg at the age of thirteen. Since then, she has made solo and chamber music appearances all over Germany. She has also toured Switzerland, Austria, Latvia and the Scandinavian countries. She has repeatedly won First Prize at the renowned German youth competition Jugend musiziert, and also at the Hamburg Steinway Piano Competition in 2002. Lucy Jarnach's studio and live recordings have also been featured in radio broadcasts. In 2009, the radio station Bayern 4 featured a one-hour portrait of the pianist.

During her studies, Jarnach was supported by the "Oscar and Vera Ritter Foundation" as well as by the Bremen foundation "Friends of Young Musicians". Since March 2012 she has actively participated as a volunteer in the school initiative entitled Rhapsody in School, founded by Lars Vogt and Sabine von Imhoff. Her repertoire ranges from Bach, Viennese Classicism and 19th-century Romanticism to modern 20th-century works.

Jarnach has demonstrated her excellent command of piano technique and artistry in a number of recordings of works ranging from Scarlatti to Philipp Jarnach, her grandfather. In April 2013 she published her Debut-CD "Im Freien" ("alfresco") at AVI-Music, featuring works by Maurice Ravel, Béla Bartók and Philipp Jarnach. 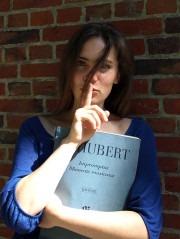